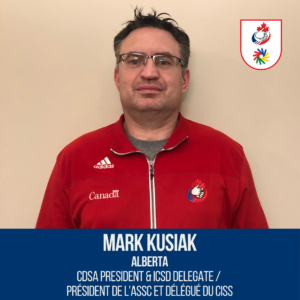 His Biggest Accomplishment in His Sports Career:
He is very proud to have competed in World Deaf Games and represent Canada.

More about Mark Kusiak:
He loves play pickleball and do CrossFit.