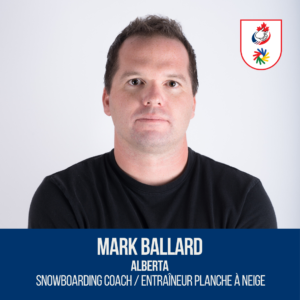 His Sports Debut:
He started snowboarding in North BC alongside good friends in 1989 at 15 years old. It took him 2 hours to get down the hill his first time out, making him late for his work shift that evening!

His Goal for the 2019 Winter Deaflympics:
His ultimate goal during the Deaflympics is to support the athletes so they can find their best.

His Biggest Accomplishment In His Sports Career:
His pride is in the journey of the athletes, not just the result.