Curling: A lot of Fun Ahead for Alberta’s Team Jamieson 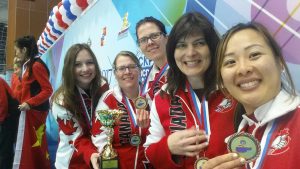 It was the third international medal for Kurylowich and Korol, and the first for Jamieson and Scott.

“We were impressed by how much other countries had improved their level of game. China is getting stronger with three young curlers aged 16. We were thrilled to win the bronze after really challenging games. We played against Hungary,” said Kurylowich.

Team Jamieson will play together again at the Canada Deaf Games in Winnipeg this month, and they look forward to it as there will be good opponents.

“We will finally have four women teams to play against. We are thrilled about that, because at the 2017 national trials, there was only one team from Alberta. We can’t wait to compete and meet new curlers,” said Kurylowich.

Team Jamieson practices twice a week, including matches in the local league every Wednesday evening. The team is at the top of their pool A. They also took part in two bonspiels this year. 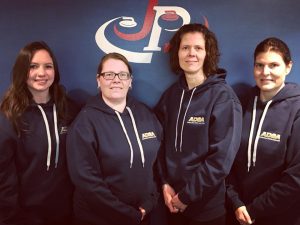 “We really need new young curlers. It is getting difficult to find young curlers as Canada is a big country. We need to modify our strategy to attract new curlers,” said Kurylowich.

Jamieson and compagnie hope to find these young curlers at the Canada Deaf Games.