Board of Directors Newsletter – April 2018 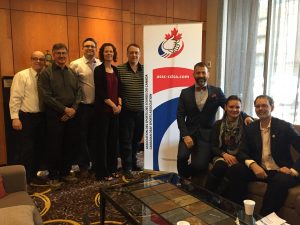 Board of Directors Updates

Since December 2017 the Board of Directors met twice — the first time in Winnipeg in February and second one in Montreal on April 6th and 7th. Several discussions were held on:

The Games were held in Winnipeg last February and were a success. No less than 147 participants from eight provinces participated in one of the five sports: basketball 3-on-3, co-ed volleyball 4-on-4, ice hockey 3-on-3, men’s and women’s curling and bowling. CDSA would like to warmly thanks the Manitoba Deaf Sports Association and organizing committee. A total of 115 volunteers made sure the event would be a success.

For the first time in CDSA’s history, 24 participants including representatives of Provincial Deaf Sports Association, team managers and national coaches attended the various conferences on Feb. 23 and 24 in Winnipeg.

Sixty athletes will participate in these camps. These clinics/camps are made possible thanks to the collaboration of Provincial Deaf Sports Associations: BCDSF, ADSA, SDSA et l’ASSQ. CDSA would like to warmly thank them. 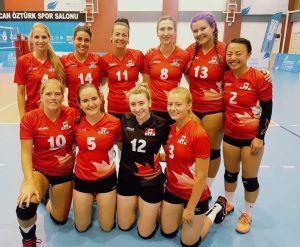 National teams will be participating in international competitions in the next six months: